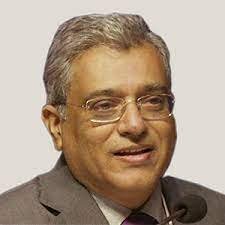 
The Supreme Court of India designated Mr. Narasimha as a Senior Advocate in 2008. After his designation, he has assisted the Court in a large number of cases involving constitutional interpretation. He has also been a member of various Committees including the Statutory Committee for Legal Aid. He was appointed as an Amicus Curiae in an important case related to the environment before the Forest Bench of the Supreme Court, wherein he assisted the Court in developing new concepts and principles of Environmental Law. He was appointed as an Additional Solicitor General in 2014 and served the Government as a Law Officer till 2018.

He represented the Government of India in the Italian Marines case before the Supreme Court. He also represented India before the International Tribunal for Law of the Sea (ITLOS), Hamburg, Germany and the Permanent Court of Arbitration, Hague in a bilateral investment treaty arbitration. In the Supreme Court, he has represented the Government in a large number of constitutional challenges involving the Right to Information Act, constitutional validity of criminal defamation, and in the famous NJAC case relating to appointment of Judges, and recently, in the Ram Janmabhoomi case.

Mr. Narasimha is keenly interested in legal education and is also on the governing boards of some premier law universities. He is also a member of the National Legal Services Authority of India (NALSA), a statutory authority with an obligation to provide access to justice for all. He is a member of the High Powered Committee which had recommended sweeping changes in the present arbitration regime. He is also on the High Powered Committee relating to the restructuring of the Competition Commission of India and Corporate Social Responsibility. He is also one of the active patrons of the CAN Foundation.