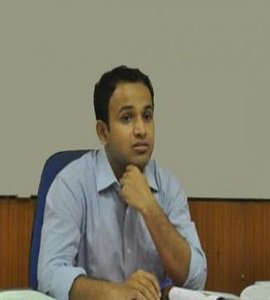 
Mr. Aditya Khandekar is a stunning example of carrying forward his love for research and mooting in his Professional life. Mr Khandekar is a 2012 graduate of NLIU. He was placed with the ICICI Bank from college. About a year and a half later, he came back to Jabalpur, to practice at the Principal Seat of the High Court of his home state.

He specialises in field of contracts and arbitration. He has also successfully represented a range of clients in cases concerning employment and service matters, as also host of PSUs. Not to forget that whilst working as a Principal Associate with former Advocate General of MP, Mr Purushaindra Kaurav, Mr Khandekar made his unforgettable space and importance in his office, handling high profile matters of social inportance on his own individually.

At NLIU, he fostered an interest in debating and legal argumentation. Mr. Khandekar was an avid debater and represented NLIU at multiple Parliamentary debates. He also won the prestigious BR Sawhney National Moot Court Competition.

He advises his juniors to not shy away from litigation, and not to treat themselves being a first generation lawyer as a handicap, because it is definitely worth the toil and hard work that goes in.

Mr Aditya Khandekar also happens to be the harbinger of charitable work initiated by CAN Foundation, being its Founder Member.