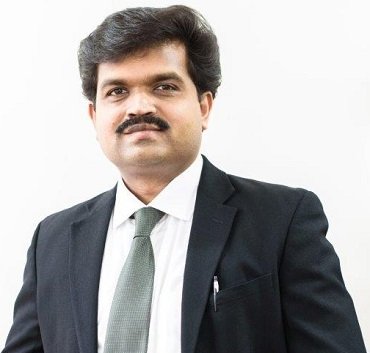 
Mr. Prasanth V.G specializes in Litigation and Arbitration practice. He graduated in 2005 as part of the first batch of students of the prestigious West Bengal National University of Juridical Sciences, Kolkata (WBNUJS). He worked for a period of five years at the New Delhi office of Paras Kuhad & Associates, a law firm founded by Mr. Paras Kuhad, Senior Counsel and former Additional Solicitor General of India. Thereafter, he shifted to Bangalore and worked for a brief period with KLaw. In 2011 he joined JSA and was designated as Partner in 2016.

Mr. Prasanth’s area of practice mainly encompasses Dispute Resolution, General Corporate, Commercial, and Banking & Finance. In his career, Mr. Prasanth has dealt with a variety of matters which include cases relating to Company, Contract, Property and Real Estate, Intellectual Property, Banking, Infrastructure, Energy, Consumer Protection, Land Acquisitions, Foreign Exchange, Excise, and Arbitration Laws. With the experience of handling disputes in a wide range of legal subjects, Mr. Prasanth has also gained extensive experience of appearing and conducting matters before various Courts, Tribunals and Quasi-Judicial Bodies in cities like Delhi, Mumbai, Kolkata, Chennai, Bangalore, Jaipur, Allahabad, Chandigarh etc. Some of the key assignments he has undertaken include matters concerning the operations of a large sugar factory in Karnataka, a highly contested shareholders’ dispute in India triggered by the take-over in Switzerland of the parent company of an Indian shareholder, a high-stake enforcement directorate proceeding against an Indian software giant based in Bangalore,arbitration arising out of a promoters’ share-purchase agreement in relation to the company holding one of the largest business parks in Bangalore, an international commercial arbitration concerning a large infrastructure project in Jamshedpur, various interconnected litigations arising out of inter se disputes between the trustees of the trust managing a large hospital group in Mumbai, handling advisory and litigation matters in relation to disputes between the management and the trade-unions in a technology company held in India by a large Japanese business group etc.

Mr. Prasanth has cemented his position in the legal fraternity and has been a part of various professional societies. He is a member of Bar Council of Delhi. He has been on board as a member of the Advisory Committee of the Centre for Public Policy Research, Kerala. He also serves as the Member of the Academic Council of Maharashtra National Law University, Mumbai.