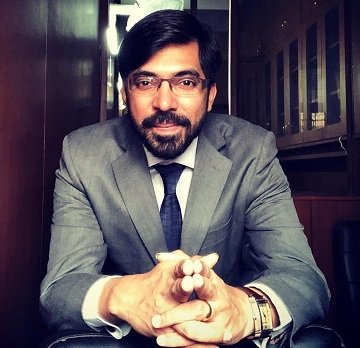 
Mr. Sriram Parakkat is a graduate of the National University of Advanced Legal Studies, Kochi from the batch of 2010. He was a junior to Mr. PS Narasimha, Senior Advocate, from 2010-13 and since then has been practicing independently, appearing before the Delhi High Court, the High Court of Kerala and the Supreme Court of India. He has assisted many reputed Senior Advocates in various cases such as, Anil Dewan, Venkat Ramani in NJAC; Assisted Aravind Datar and Salman Khurshid in Benoy Viswom v Union of India which is called the PAN Adhar link case. (reported judgement); Kapil Sibal in challenge to withdrawal of the word “Dalit” from government communications by way of a circular; Mukul Rohatgi for Hyderabad Cricket Association President Vivekanand against Mohammed Azharuddin etc.

He has independently appeared in various important matters such as before Delhi High Court for Malayalam Music Director Deepak Dev in the copyright suit against the song Aaro Nee Aaro by Loreena McKennit;Appeared in the challenge to Bangalore Mayoral election as the lead counsel for TJ Abraham, a candidate. Since 2018, he has been appearing in all courts across India for for Christian Michel an accused in Agusta Westland helicopter scam case. He also appeared recently, as Counsel of ‘Save Consumer Rights Forum’ in the highly debated AGR issue at the Supreme Court, and the mandatory imposition of Arogya Setu App, at the Kerala High Court.

In the past decade, Mr. Parakkat has cemented his position in the law community through his hard work and dedication, and the sky's the limit for his success.